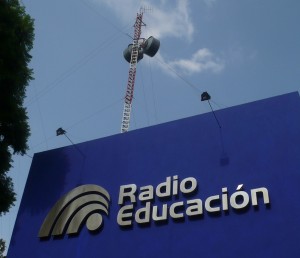 The first educational and cultural radio station in Mexico.

Radio Education was established on November 30, 1924 at the initiative of the Secretary of Public Education José Vasconcelos, in order to harness the potential of radio to benefit educational and cultural tasks of the country. The novel radio station started broadcasting to the inauguration of President Plutarco Elias Calles, under the symbol CYE Culture and Education.

After overcoming various setbacks resulting from political and administrative events, the radio station began a new cycle in 1968. The station, now attached to the Directorate General of Education Audiovisual SEP, resumed its broadcast with a poor technical team through the 1060 kilohertz amplitude modulation under the symbol XEEP.

Currently, Radio Education is a decentralized body of the Ministry of Education, coordinated by the National Council for Culture and the Arts, whose substantive work is to develop and disseminate educational expressions, culture and art of Mexico through the radio.

In the past four decades, Radio Education has been an institution generating radio forefront of providing innovative approaches in programming and radio formats, as well as in promoting cultural initiatives.